A Winning Culture In Action

At FranklinCovey, we define culture as the collective behavior of your people. It’s what the majority of your people do the majority of the time, the nature of the language and relationships within the organization, and the spoken and unspoken values, norms, and systems operating at work.

“Nearly everything about your organization—including your strategy, products, and systems—can be replicated, except one thing: The effectiveness of your people. Culture is the ultimate competitive advantage.” – Bob Whitman, CEO, FranklinCovey

A WINNING CULTURE IN ACTION

FranklinCovey, Western Digital facilitators, and champions trained and installed these principles as the core operating system at all levels of the organization.

Just as an individual’s character is tested when it is under pressure, an organization’s culture is exposed during times of crisis. And the culture at Western Digital was tested in 2011, during Thailand’s heaviest rainy season in fifty years. Due to immense flooding, thirteen million people were displaced and more than eight hundred people died. It was reported as the fourth most expensive disaster in history.

Western Digital’s manufacturing facility went under nearly six feet of water, devastating an operation that requires a zero-dust environment. It was a calamity of epic proportion.

When it was over, experts estimated that it would take a billion dollars and at least seven months of cleanup to get even part of the Western Digital factory back on line, while much of the high-end equipment would require years to replace. Some market reports even predicted the end of the company, which would leave nearly 35,000 workers without jobs. The effects were immediate and global, as high-tech manufacturing everywhere ground to a halt without the key components from Thailand.

Western Digital’s leaders didn’t want to take years to get back to work, so — drawing from a healthy culture they had deliberately cultivated — they took things into their own hands. They immediately spread the word that there would be no layoffs — they were a team and they were going to get on their feet together. The safety of their people came first; crews were organized to help the most stricken employees with urgent circumstances in their homes. On day two, they came up with the idea to hire Thai navy crews to salvage irreplaceable equipment and get it to dry land for refurbishing.

Meanwhile, the plants of other big companies in their industrial park, with their workers laid off, were rusting in mud. But at Western Digital, the work went on nonstop. The fact that everyone remained on payroll certainly made a difference, but rebuilding the business themselves seemed to come naturally to these remarkable workers. Tens of thousands, many still trying to cope with the crisis at their homes, showed up to revive their plant. Some traveled miles each day from refugee centers, often in small boats or on water oxen for hours a day, determined to show up for work.

“When you ask people about what it is like being part of a great team, what is most striking is the meaningfulness of the experience. People talk about being part of something larger than themselves, of being connected, of being generative.” – Peter M. Senge, MIT Lecturer and Author, The Fifth Discipline

Many found themselves doing jobs they had never done before — hard, muddy labor. Company leaders rolled up their sleeves and labored alongside their colleagues. Workers who had never met before formed teams and solved problems on the spot.

As a result, Western Digital reopened the plant only fifteen days after the waters receded. Within a year, it had reclaimed the number one position in the market. The firm remained profitable, and even managed to acquire one of its top competitors. Observers were astonished that it hadn’t taken billions of dollars and many years to recover. All it took was a superb team willing to wade through mud for each other. That is the power of a winning culture.

(Include Link: Watch how Western Digital not only overcame a natural disaster but increased their gross margins.) 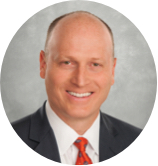 Shawn D. Moon is an Executive Vice-President of FranklinCovey, where he is responsible for the company’s U.S. and International direct offices, the Sales Performance Practice, and the Execution and Speed of Trust Practices. Shawn has more than 25 years of experience in leadership and management, sales and marketing, program development, and consulting services. Shawn has been on faculty for instructing senior leaders at FranklinCovey’s Executive Leadership Week.

Shawn was previously a Principal with Mellon Financial Corporation where he was responsible for business development for their Human Resources outsourcing services. Shawn also coordinated activities within the consulting and advisory community for Mellon Human Resources and Investor Solutions. Prior to November 2002, he served as the Vice-President of Business Development for the Training Process Outsourcing Group of the company, managed vertical market sales for nine of the company’s business units, and managed the eastern regional sales office.

Read other articles by Shawn >