See the Tree, Not Just the Seedling

Have you ever “given up” on someone before they’ve had a chance to prove themselves? Maybe it was a coworker who saw things differently than you, or a team member you “inherited” who didn’t seem to do their fair share. Perhaps it was a new boss whose management style you didn’t like. As Chief People Officer, I’ve talked with far too many associates who’ve simply given up someone before “that someone” had the potential to grow and prove themselves.  When we see other’s limitations and ignore their potential, we allow our beliefs to become a reality—stunting not only their growth, but ours as well. We become so critical of the “seedling” that we don’t see “tree” growing right in front of us!

Sometimes a person is misaligned for a role and a change needs to be made. But more often, human nature is the culprit behind “giving up.” We’re impatient with a person’s slow learning curve; we expect perfect results right away without clarifying clear expectations; we get frustrated with someone’s behavior when they’re not doing the job how it should be done. Such was the case with Greek grammar teacher, Joseph Degenhart, who was so furious with an unruly boy that he demanded the child be expelled from school. He wrote, “Nothing will ever become of you.” The student, as it turned out, was Albert Einstein.

Because of such poor references, Einstein barely squeaked into college. But there, he met upper classman and a fellow physics student, Michelangelo Besso, who helped Einstein get a job and engaged him frequently in scientific discussions. It was during these talks with Besso that Einstein made his intellectual leap that lead to the discovery of atomic power which reframed how we think about the universe. Hardly anyone remembers Besso, but without Besso’s belief in Einstein, the world may have missed out on one of the greatest thinkers in history. Besso saw the tree and not just the seedling.

When we look at a person’s potential—whether it’s a coworker, direct report, friend, partner or child, it requires us to see past the “seed” and envision the mighty tree it can become. Consider how often you see others as trees or just mere seedlings:

Choosing to see others’ potential means we accept that a mature tree doesn’t magically appear overnight—it’s a product of growth over time. Chances are that your current success is a direct or indirect result of someone who recognized and believed in your potential—even when you were just a seedling. Perhaps it was a parent, leader, mentor, or friend.

When people choose to see, and communicate the potential in others, they are more likely to engage people’s strengths, unlock others’ latent talents, and strengthen working relationships. There is undeniable power in seeing the potential in others. When one flame lights another, both end up shining a little brighter.

See The Tree and Not Just The Seedling is just one of 15 proven practices to build effective relationships at work that I write about in my new book. 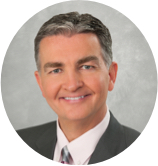 Todd Davis is the author of FranklinCovey’s newest book, Get Better: 15 Proven Practices to Build Effective Relationships at Work, available for pre-order May 9, 2017, and to be released on November 7, 2017. He is also a co-author of Talent Unleashed: 3 Leadership Conversations to Ignite the Unlimited Potential in People.

Davis has over 30 years of experience in human resources, talent development, executive recruiting, sales, and marketing. Having been with FranklinCovey for over 20 years, he currently serves as chief people officer, executive vice president, and is on the executive team. He is responsible for global talent development in over 40 offices in 160 countries. As the former director of FranklinCovey’s Innovations Group, Davis led the development of many of the company’s core offerings. He also served as the company’s director of recruitment, responsible for attracting, hiring, and retaining more than 3,500 employees.

He has delivered numerous keynote addresses and speeches at industry conferences, associations, corporate events, and for FranklinCovey clients, many of which are Fortune® 500 companies. His topics include leadership, personal and interpersonal effectiveness, employee engagement, talent management, change management and building winning cultures.

Davis has served on the Board of Directors for HR.com and is a member of the Association for Talent Development (ATD) and the Society for Human Resource Management (SHRM).

Read other articles by Todd >